Had an incident where the wait would be around an hour so what did I do? Made the extra effort to sit with Nature. It was a cloudy day, kind of breezy and everything initially appeared to be hiding and that’s just when I saw some movement.

There was a Purple Gallinule making it’s way out of the brush and eating FLOWERS of all things! Can you see him in the picture above? Shaking my head in disbelief thinking, last year this day couldn’t even name half the birds, or even SEE them!  It’s as if they have revealed themselves to me, yes it’s me who has been invited to witness their lives~

Oh she was having the grandest time just eating away. Quickly pulled out my inexpensive Nikon, the slim one that fits in my pocket and started filming. Moments like this would LOVE to own good video equipment, well maybe one day. Right now I share with you what I do have! Opportunity to witness amazing moments. The film at the end will be what was seen during this Trek. Still photos are captured with my Canon Rebel Ti2 and 400mm lens

As I walk around the bend up pops a little Grebe. He was very close and aren’t they the cutest with their chicken like little beak?  They are very shy creatures and escape predators by diving. Very rarely will you see them fly and when they do migrate it’s at night. 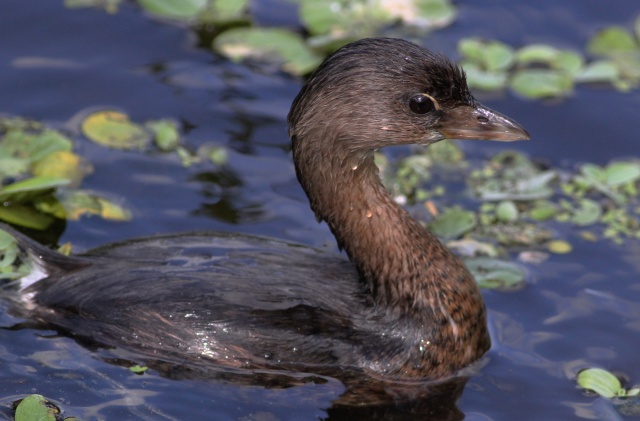 Then I hear this KERSPLASH to the right! Wow it’s either an Anhinga or Cormorant with a twig in his mouth. He Arises out of the water and looks like a VAMPIRE to me!! Well only after I look at the pictures captured. Upload time is so entertaining!!! 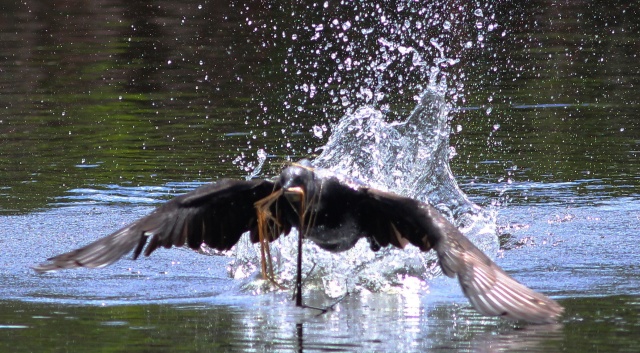 Upload time, the time taken to reflect on this day’s moments of refreshment, teaching and treasury deposits. If I couldn’t share the moment would be lost somehow.

A Juvenile Gallinule now appears under the walkway. There he is with those dangling legs and large yellow claws, looking at me so closely. He clumsily comes out of the thick brush to consume a delicate flower and quickly runs back into the shelter of the thick undergrowth.

I felt so privileged witnessing ALL of it, and think in just one hour so much to see!!! Like this Little Green Heron, well at first I didn’t see him. Just was loving feeling the breeze and then the swaying branch caught my eye! Can you see him? 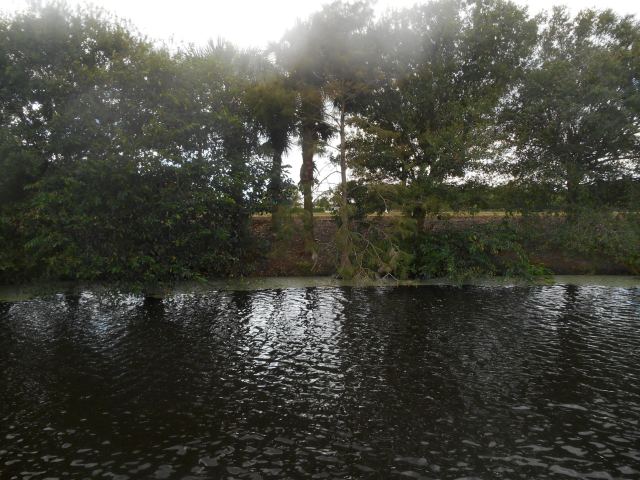 From a distance, he is a dark blob, thought maybe it was moss in a tree. Seen up close, it is a striking bird with a velvet-green back, rich chestnut body, and a dark cap often raised into a short crest. These small herons crouch patiently to surprise fish with a snatch of their daggerlike bill. They sometimes lure in fish using small items such as twigs or insects as bait.  I was fortunate to see the “stab” technique today!

As I was just watching this little guy bob up and down decided to film him, the swaying of the branch was something else and I thought there is no way he would catch anything like this. I could feel queezy in my own stomach watching him sway back and forth and then it happened SCORE!!!!!!! He held on and never fell and swallowed his Sushi tidbit! 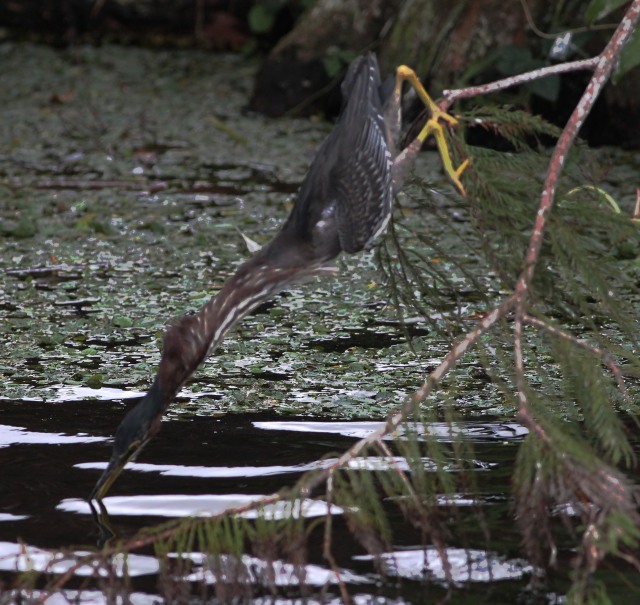 Below is the eloquent Great Blue Heron with his wisdom eye, light penetrating his golden beak, gray delicate feathers move in the breeze. Yes incredible nature greeted me this day and filled me with hope. Everything would be “Ok”, life’s challenges are “Situational” like clouds in the sky, a sign. Clouds are building for a refreshing.

As I am digesting thoughts a Purple Gallinule rushes out onto a limb, grabs some morsels and “hop fly’s” to another leaf and seen no more. I think I caught the moment on film and thrilled to my bones.   I close my eyes and feel the wind on my face and whisper another thank you to Mother Nature.  Knowing it was time to go was sad, yet spryly get to my car thinking; “WOOHOO” get to upload and review all of this later again, where the Nature of the hidden things prepare you for anything! 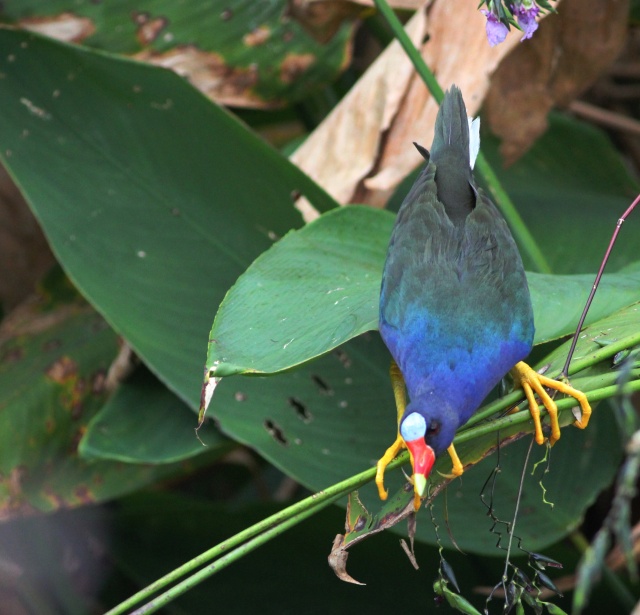 "Brenda adores the birds. She is enchanted with their grace, their beauty. It was the birds and being out among them that gave her the peace she so needed and forged a new passion She uses a camera to capture those incredible moments, to savor them and share them with others. For her the camera was freedom. Brenda spent her life healing others, and dealing with incredible pain and despair. The world of birds and nature and photography was what she turned to in order to see the beautiful side of the world" -Eric Curtis Cummings
View all posts by Brenda →
This entry was posted in Uncategorized and tagged be anxious for nothing, Florida Wildlife, Little Green Heron, love, purple gallinule, Sacred Nature Speaks, Wakodahatchee Wetlands. Bookmark the permalink.